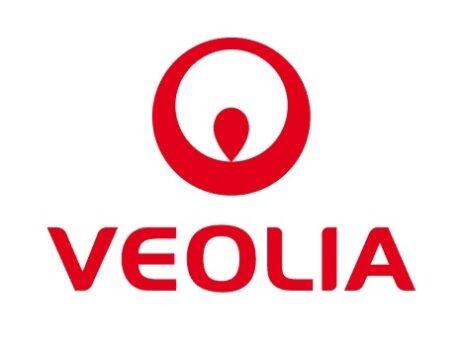 Anaerobic sludge digestion is an effective biosolids treatment process at larger municipal wastewater plants. After anaerobic digestion, the sludge is dewatered, and the centrate/filtrate is recycled back to the head of the main plant for treatment. Unfortunately, the centrate/filtrate stream has very high concentrations of ammonia, typically between 800 mg/l and 1200 mg/l, and sometimes even higher if the plant adopts a thermal hydrolysis process (THP) upstream of the anaerobic digesters. The BOD and COD concentrations can be high as well with THP.

This recycle flow can increase the ammonia and total nitrogen loading to the main plant treatment process by up to 25% despite adding only about 1% to 2% to the plant influent flow.

The recycle flow can be detrimental to plant design/operations in several ways:

The ANITA™ Mox process is offered in two different configurations, MBBR (Moving Bed Biofilm Reactor) and IFAS (Integrated Fixed Film Activated Sludge), to attain a single-stage deammonification process using anammox bacteria. The process can achieve greater than 90% removal of ammonia and 75-85% removal of total nitrogen. It accomplishes these removals with considerably less energy than conventional nitrification-denitrification and without the need for an external carbon source.

The anammox bacteria, discovered in wastewater sludge in the early 1990s, exists naturally in marine and freshwater habitats. The word anammox was derived from ANoxic AMMonia OXidizing bacteria. They are unique in their ability to oxidize ammonia and reduce nitrite to produce nitrogen (N2) gas.

The two steps take place in a one-stage biofilm process in different biofilm layers on the carriers: nitrification (aerobic) in the outer layer and anammox (anoxic) in the inner layer. This is achieved within a single MBBR reactor tank. Temperature, pH, and oxygen levels are maintained within the reactor to allow the anammox bacteria to grow as a biofilm on AnoxKaldnes media carriers. Due to the nature of biofilm securely attached to the protected areas of the media carriers, long sludge ages are easily maintained to offset the slow growth rate of the anammox bacteria, making the ANITA™ Mox system a simple, stable, and robust deammonification technology. All the system benefits of the proven MBBR technology apply to MBBR ANITA™ Mox, including easy retention of media carriers and therefore critical biomass, maintenance-free SS air grids and media retention screens, and a simple flow-through process.

Benefits of MBBR ANITA™ Mox include but are not limited to the following:

With the ANITA™ Mox IFAS system, in addition to anammox biofilms attached to media carriers, a designed MLSS concentration is maintained in the system using a small sludge settling zone. The nitritation step, or the conversion from ammonia to nitrite, occurs in the MLSS. The deammonification step occurs mostly in the biofilm attached to the media carriers.  The nitrite production has shown to be the limiting step in anammox conversion rates. Moving the nitritation step to the suspended phase increases nitrite production, thus providing an overall increase in anammox conversion and removal rates.

Added benefits of IFAS ANITA™ Mox include the following:

A vital element of the ANITA™ Mox process is the AnoxKaldnes carriers. They are designed to provide a large protected surface area for the biofilm to attach and optimal conditions for biological activity when suspended in water. The design of the carriers maximizes oxygen and substrate transfer efficiencies by having an ideal media bed depth. Too shallow of a media bed depth would reduce biofilm protection and ease of biofilm attachment. Too deep of a media bed depth would make liquid mixing and biofilm scouring more difficult, reducing oxygen and substrate transfer efficiencies and therefore performance.   The specially designed carriers make retaining the anammox bacteria within the reactors a much easier task than dealing with the anammox bacteria directly. This innovation significantly reduces the anammox washout potential compared to other suspended growth technologies.

It is important for municipal wastewater treatment plants (WWTPs) to employ more cost-effective technologies to reduce ammonia and total nitrogen (TN) levels to meet their increasingly stringent effluent limits. The ANITA Mox process, with its distinct benefits and cost-saving capabilities, is one of the fastest adopted deammonification technologies for treating centrate/filtrate from anaerobic digesters to reduce ammonia and total nitrogen (TN) loading recycled back to their main treatment process.

Veolia’s ANITA™ Mox process is the most reliable sidestream deammonification process in the market that offers distinct benefits with different configurations.

For more information, brochures or presentations, please contact Envirep/TLC at sales@envirep.com or call 717-761-7884.

Envirep/TLC is a manufacturer’s representative serving the municipal and industrial water and wastewater market in Pennsylvania, New Jersey, Maryland, Delaware, the District of Columbia, and Virginia.